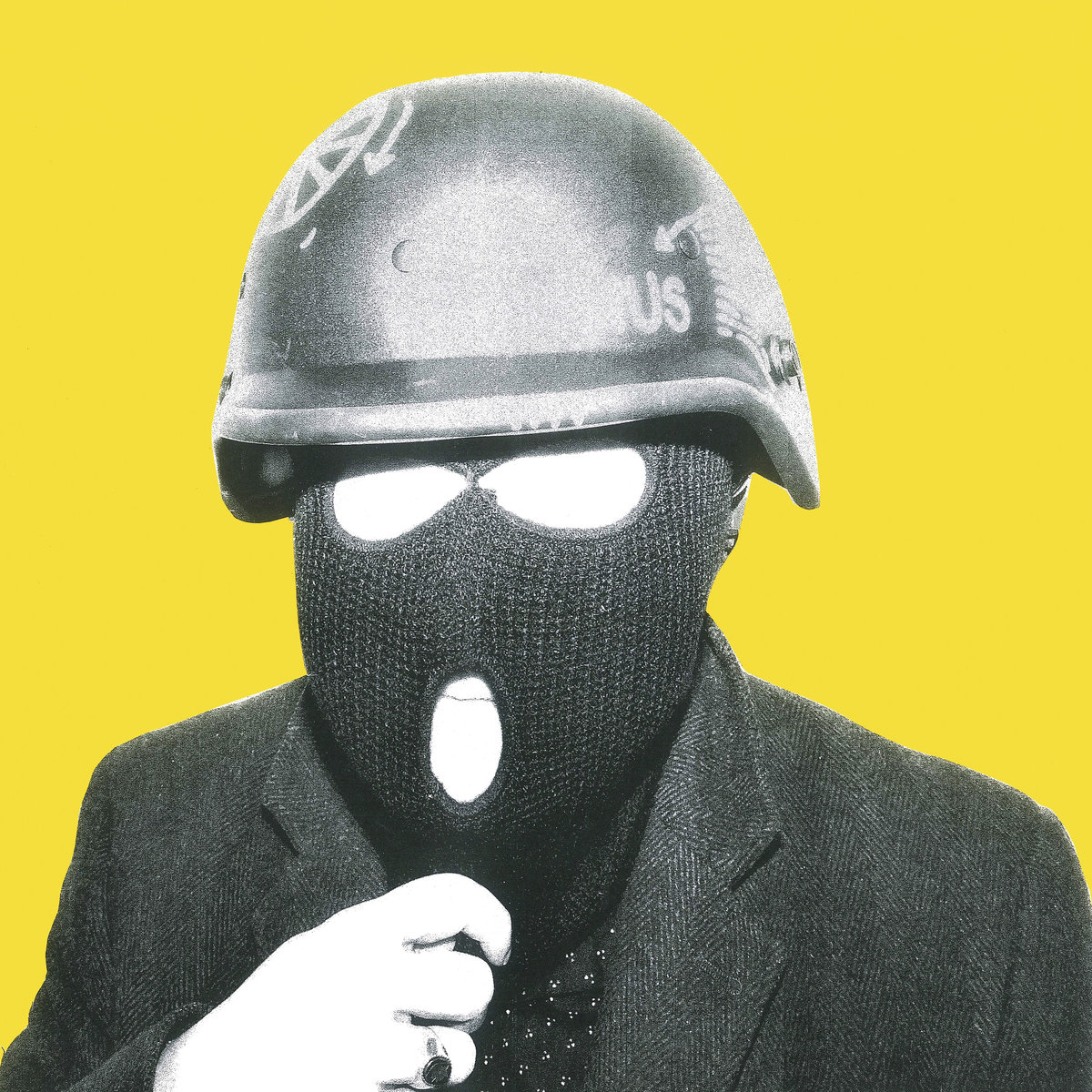 The saying goes that you should never judge a book by its cover. However, Protomartyr’s latest release, Consolation, isn’t a book, it’s an EP – and it’s one that does exactly what it says on the tin, the masked and otherwise faceless figure on the cover hinting at the unnerving and almost impenetrable nature of the four songs it contains.

Consolation sees Protomartyr continue to delve into the rich seam of monolithic post punk found in their fourth full-length album, Relatives in Descent, hitting hard with walls of distorted sound and feverishly paced drums. The EP starts as it means to go on with Wait, a despairing slew of minor chords topped by Joe Casey’s vocals spat viciously at a world he seems jaded towards, his lyrics toeing the line between snarling realism and uncanny profoundness.

This continues on Same Face in a Different Mirror which alternates between the densely packed sound of the first track and more hopeful tones as the lyrics similarly bounce between ugliness, vermin and dirt and feelings of love. Protomartyr prove themselves masterful at juxtaposing beauty and unpleasantness without it being at all jarring.

The final two tracks on the EP feature collaborations with Kelley Deal of The Breeders who provides vocals on Wheel of Fortune and You Always Win. Wheel of Fortune, released early by the band and accompanied by a grotesquely uncomfortable video, is where Protomartyr fully confront the society they find themselves in, seemingly aiming attacks at the saturation of empty platitudes found in modern politics as Casey snaps “Pulling yourself up by your bootstraps is impossible”. This sharp commentary paired with the sci-fi tinged synths found in the bridge before the chorus of “I decide who lives and who dies” gives the track a uniquely dystopian feeling that the group really seems at home in. You Always Win serves as a fittingly defeatist close to an EP that seems so tired of the world. Deal provides swelling vocals while humming string and woodwind instruments sway around a mantra of “You always win / so deal me in”.

Produced with impeccable clarity by bandmate of Kelley Deal and past Protomartyr collaborator, Mike Montgomery, Consolation finds the impressive balance of containing stunning artistry while maintaining the visceral impact of a billiard ball in a sock.